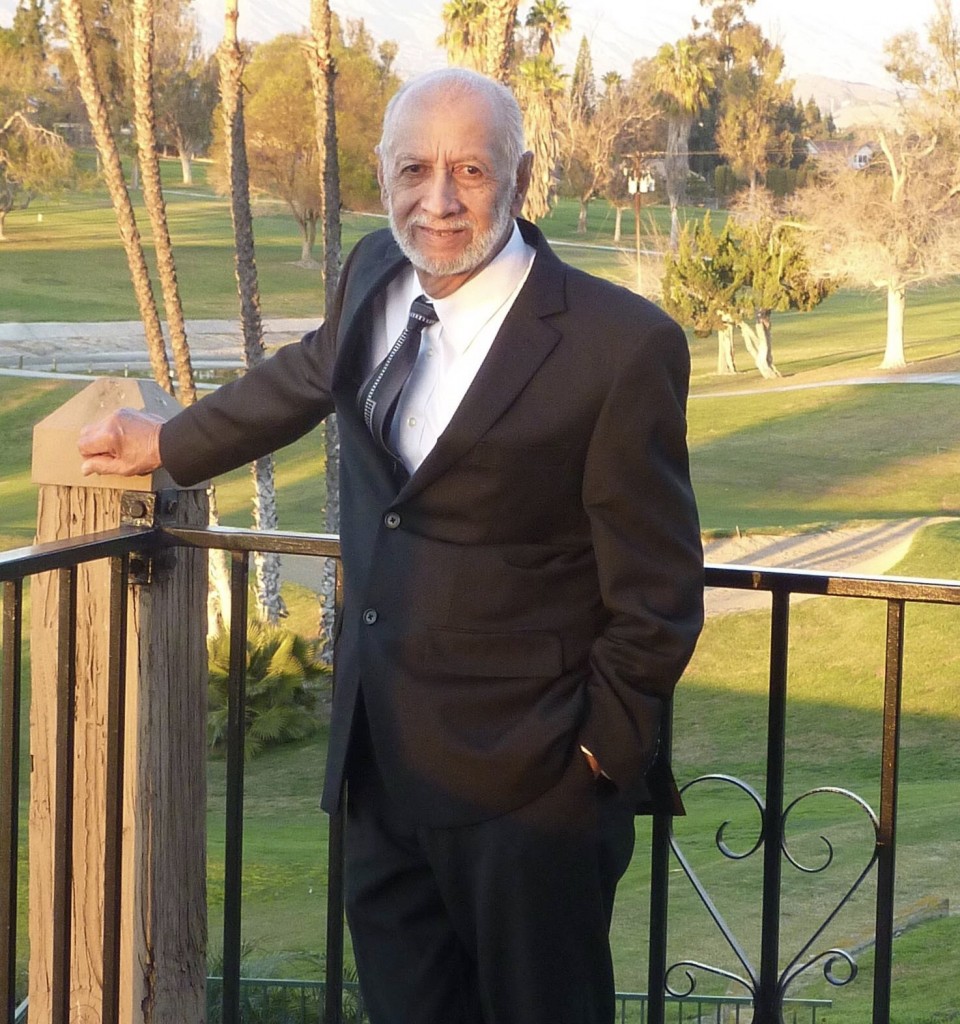 I can’t tell you about the artwork of esteemed artist, Earvin LaCour, without first telling you about the man. I would be remiss in jumping into descriptions of his paintings without telling you first about the great person behind them. This may be true of most artists and craftsmen, but there is a unique, endearing quality I perceive especially in this one. It is evident that his Whole Self comes forth through each of his creations.

Earvin is a husband, father, grandfather, brother, uncle, painter, storyteller, intellect, teacher, historian, man of faith and man of God with a heart of gold. Noted for his painting entitled Melrose Trilogy, an image that encapsulates the history, life and culture of the Cane River Creole Community of Natchitoches (pronounced Nakatosh), Louisiana, Earvin LaCour creates exquisite artwork and makes it seem easy. He painted Melrose Trilogy on a piece of discarded door from Melrose Plantation located in his beloved hometown of Natchitoches— the oldest parish in the state of Louisiana. What may have been rubble to one man, Earvin recognized as valuable wood that would eventually act as his canvas. He acquired the door, but held onto it a while before he was inspired. Once he knew what he was going to paint, he was able to seamlessly impress his fresh vision onto a cast-off fixture to create an artistic piece of history. He says, “Time provided the wood’s texture and I didn’t want to detract from that. So in my painting, I attempted to give it a washed, weathered look.”

Mr. LaCour has a knack of taking something simple, like a door, and blending it with the complex to offer the onlooker a captivating view inside a world that is both real and surreal at the same time. As he puts it, in his frank, down-to-earth fashion, “I paint to tell a story, but I try to leave something to the imagination—not too much detail. Otherwise, take a photo.” He’s right. His paintings literally draw you into narratives where you become an active participant. And there’s no tale he tells better than his own fascinating life-story.

Earvin LaCour was influenced by art early on in life starting with his family. His father and brother were both artists. His dad was a wonderful painter and his brother was gifted at drawing. Earvin recalls, “My brother could draw the prettiest birds, but I would get disgusted that I wasn’t able to draw birds as pretty as he did. I found that it was easier to paint. When I was in grade school, there was a famous portrait of Christ hanging on the wall. I asked the parish priest if I could borrow it. He took it out of the frame and I took it home to paint my own. After I finished, I brought the picture back with my painting and he was very impressed. The encouragement from others motivated me to continue, but it wasn’t the reason I painted. If I see it, I like it, I want to paint it and it shouldn’t matter if anyone else likes it. If they do, great. If they don’t, I still paint.”

Spoken like a true artist; but like many artists, Mr. LaCour humbly admits, “I didn’t think I could do it for a living. So I worked and only painted for pleasure. I’ve had too many jobs to count. However, after moving to Los Angeles, California in the mid 1950s, I did work in an art studio for a short time. I was fresh out of school. I had taken about two years of art classes at L.A. Trade Tech and a few semesters of evening adult classes. Around that time, I also got an opportunity to do the artwork for the placemats at an Italian restaurant in Long Beach, California. I loved spending time down there in Long Beach. We would have ‘fish-frys’ on the beach when I was courting my beautiful wife.”

More than his artwork, Mr. LaCour says he is most proud of the full-finish-painting he has completed over the years. With this style of painting he has beautified numerous homes, churches and plantations by giving the paint the appearance of marble, brick, wood grain, leather and even timeworn finishing. One example of the latter was a project Mr. LaCour was contracted to do in a wine cellar. It was recently renovated, but the owners didn’t think it looked old enough so they commissioned him to transform their cellar by adding years to its look. He scoped out his canvas of plaster and concrete and responded, “I can draw cobwebs in the corner, if you want.” Ultimately, he drew broken bricks, scratches and mold. Once he had perfected the wine cellar with many detailed “imperfections,” he unveiled his work to the owners to which they replied, “It reminds me of an old cellar in Italy. It takes me back to the Old World.”

At the turn of the millennium, Mr. LaCour was commissioned by the pastor of St. Anthony’s Catholic Church in Natchitoches to restore the statue of the Sacred Heart of Jesus. The head was cracked and the paint had faded. The restoration of the statue wasn’t done simply by a talented artist and craftsmen in his own strength. I would venture to say it came by the hands of one who, like David, the Biblical Renaissance Man, is a man after God’s own heart. It is clear that Earvin’s creative inspirations come from his Sacred Source residing deep within his being. He speaks of an interesting part of his spiritual journey when he began studying Judeo-Christian meditation while he was still in Los Angeles. Mediation took him to another level in the Spirit because he embraced it as a practice distinct from prayer. He says, “When Jesus prayed, he didn’t just ‘pray.’ He communicated with God and you can do that in meditation. When you pray, your mind can be all over the place; but with meditation the objective is to ‘be still and know God.’ You allow your mind and thoughts to rest. It’s not that you’re ‘not thinking.’ You just notice your thoughts racing and notice you can’t stop thinking. Thoughts are like a stream. In meditation, you allow them to pass, but you don’t become a part of them. I eventually learned how to do that while I worked. I would ‘notice’ things— shapes, people passing by— while not getting caught up in it. It helped me work.”

Earvin confesses that he didn’t get to a higher level of spiritual awareness overnight. Instead, it was a process of practice, patience and courage. “The more I did the Meditations of Christ, the deeper I got. I got to the point where I could meditate uninterrupted for half an hour. I even thought at one time I was going to lose reality, but really there’s no such thing. Really, I was letting go of what I didn’t need. I was even physically affected by it. My body changed because in meditation your body throws off the mental and material things that contaminate it. You use that time to get stronger; but it’s also important to continue meditation because, like most things, it’s harder to start again once you stop.”

Deepening his spiritual practices led Earvin to, as he says, “listen to the wee small voice. Listen with attention. If you pay attention, then you won’t miss it. When you make a booboo, you got to admit it. Hear what Christ says. Understand what He says. His Word changes who I am. Jesus said it, ‘As a man believes in his heart, so it is with him.’ The belief system is powerful. If it’s negative, what you get is going to be negative. If it’s positive, what you get will be positive.”

I’ve heard it said that the arts connect heaven and earth. That couldn’t be truer than with Earvin LaCour. He is so much more than I could ever express in words and he becomes more each and every day as he evolves, as he creates, as he loves. His heart, touched by the heart of God, touches the hearts of those who come into contact with him, his spirit and his art.

Earvin LaCour is an honorary member of the art guild known as the Down River Art Gang. For contact information and to purchase a giclée print of Melrose Trilogy, follow the link HERE. 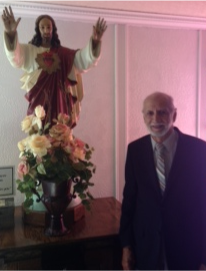 At the turn of the millennium, Earvin LaCour was commissioned by the pastor of St. Anthony’s Catholic Church in Natchitoches, LA to restore the statue of the Sacred Heart of Jesus. Here he is pictured with the statue as it  stands today.